I was commissioned to make Ted’s little sister a quilt. His lovely parents Ben and Charlotte asked me to make his quilt nearly 4 years ago. This is Olive’s which was delivered yesterday. 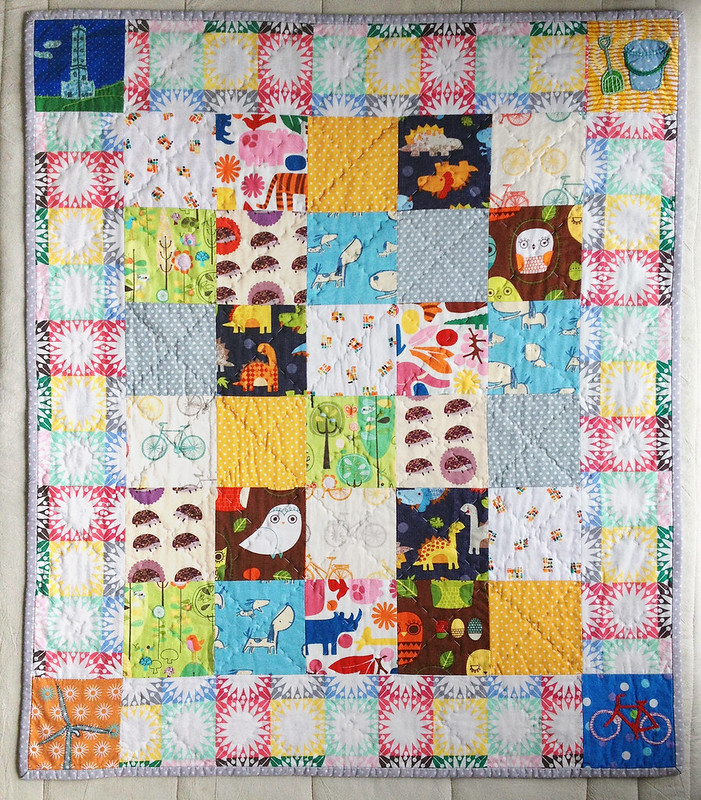 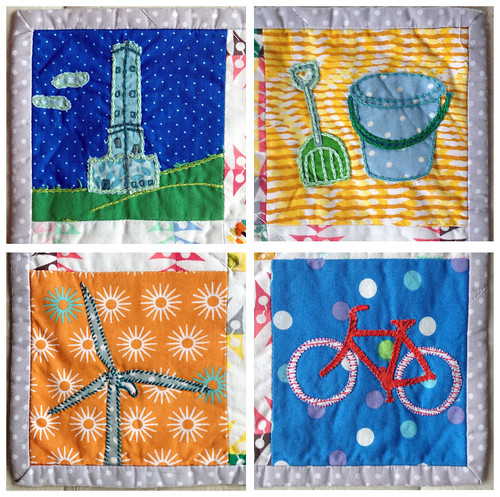 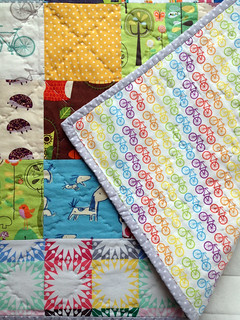 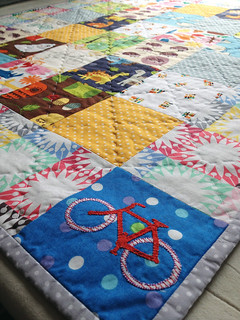 The reverse is called ‘Rainbow Bikes‘, ordered from Spoonflower.

I have made 2 new baby quilts which are now for sale and ready to ship. They have been hand quilted and hand finished. My Etsy shop can be found here. 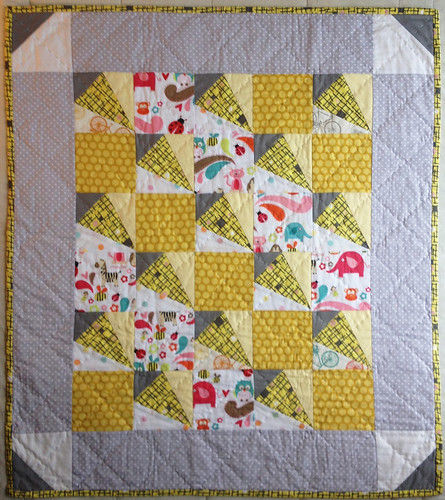 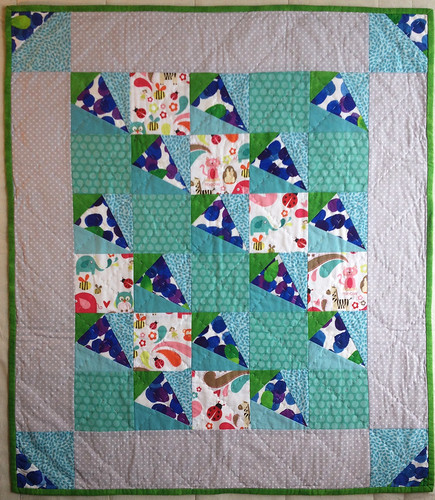 Last September, my very good friends Alice and Jon announced they were expecting. I had the idea that maybe I could make a quilt for their new arrival until I realised it would be much more special if it was made by their most crafty friends as a joint project. So over a few emails and a couple of evenings, Julene, Polly, Corinne and I started to plan our baby quilt. We each had our own squares to sew and applique in our own time. Finally after Christmas we had all the squares finished to sew together. A special mention should be made to Corinne, who completed her sewing with a broken wrist. She slipped on the ice before Christmas which meant her right wrist was in a cast! Julene and I gradually joined the squares together. I put them through the machine and Julene expertly ironed them. We initially added a white border to frame the entire alphabet and backed it with wadding. Once this stage was finished it was passed to Polly, who is the expert quilter among us! She suggested that we opted for a coloured and slightly patterned fabric as this would hide any day to day use. She quilted the whole blanket by hand using a zigzag pattern down the borders and a straight pattern down and across the squares. It was then washed by hand and left to dry on the line.

The end result is beautiful and I am so proud to have been involved in making this with some of my best friends. Hopefully little Holly, who was born on 12th February, will have it forever ♥